The person I wish I was 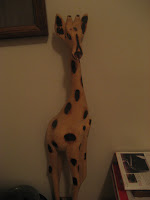 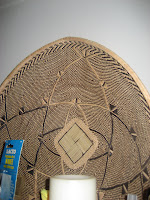 I don't discuss it much here but I watch a great deal of reality TV. Currently I am watching "From G's to Gents," "New York Goes to Hollywood," "BB10," "Brooke Knows Best," "Project Runway," "Shear Genius," "Date My Ex," "I Love Money," and "Flippin' Out." OK. So "Flippin' Out" ended this week but the reunion show was so hilarious, I know that I may have to watch it a few more times. Just to see Jeff with his business partner's daughter. "Bad baby." And "I Love Money"? I call it "Best of the Skanks." And into this the summer series of "The Closer," "Psych," "Monk," and "Mad Men"...

Long before I discovered reality TV though, I was into "Vanity Fair." I've had a subscription for too many years to count. And I usually read each issue from cover to cover. Over the last year I have not quite met this monthly goal. As part of the "taking care of me" plan, I decided that I needed to start this practice once more. And what a great issue to do this.

I started my reading during lunch today. I decided to save the article on Carla Bruni for later reading and instead read about the recent presidential election in Zimbabwe. As I read the article, I teared up a few times. How could people treat one another in that way? And how could the rest of the world stand by silently for so long while it happened? (OK. They are both "silly" questions. Both are a part of the history of the world unfortunately.)

My dad made a couple of trips to Zimbabwe during the mid-90s with the Chamber of Commerce. The items in the photos were my souvenirs from those trips. He and my stepmother told me tales of this wondrous land. And there were also the numerous photos my stepmother took. (My dad had several of them enlarged into posters and framed them.) I wanted to go and see it all for myself. And then things became unstable.

I didn't think about traveling to Zimbabwe anymore until I read the article. Because as I read the article, I became angry. My first thought was to hop on a plane to Harare and to help in the struggle for democracy -- since that seems to be what the people there want. If they wanted communism or some other form of government, I would feel just as passionately about it all.

And then I heard my mother's voice in my head. "You will go over there and open your mouth and then they will kill you." In younger days the words "they will kill you" were instead "you will get arrested." While my family views me as a rebel, I know in my heart that I am a long way from that point. My true self was not that afraid of being arrested. It was the reaction of my parents that scared me more. The same goes for the dying thing. When one has spent the good part of one's life trying to kill one's self off, the idea of dying in itself is not that frightening. The only part of it all that scares me now is dying before I've had a chance to do all the things that I want to accomplish. I am sure that one day I will find a cause and drop everything to rush off to be a part of it all. Because I know that this is a large part of who I am -- who I want to be.

In the meantime, I am trying to think of other things that I could do. My first thought was to write this post. Because I don't think that we hear enough in the U.S. about the living conditions of others outside of this country. Especially if it is a lesser developed country. No, that term doesn't seem completely right in describing Zimbabwe.

To stop all of these thoughts, I read the article on supermodels of the 90s when I got home. Next I'll finish the one on Carla Bruni. And maybe somewhere along the way I'll have a sudden epiphany about how I can stop feeling helpless in wanting to help those who seem to need so much.
Posted by Dagny at 9:30 PM